FREE HK DELIVERY ON ORDERS ABOVE HKD 500
FOR ALL OUR AUSTRALIAN CUSTOMERS PLEASE VISIT www.zeitouna.com.au

We are a proud, home grown Lebanese Company, here to share the oil we love with the world. We seek to capture the authentic essence of Lebanon in every bottle of Zeitouna, a name meaning “our family’s Olive Oil”.

Zeitouna is Olive Oil as it was meant to be, a natural product from the land where it all started. Just the authentic essence of Lebanon “in a bottle”.

We're a family business, so our olive growers are also our partners.

We can't wait for you to join us.

Our team is led by Mabelle who was born, raised, and educated in Lebanon. While living in Hong Kong, Mabelle couldn’t find any of the authentic Olive Oil she’d loved her entire life. Nothing came close, so Zeitouna was born.

Mabelle is passionate about sharing her outstanding Olive Oil from the country she loves. Only the highest quality Olives produce her Zeitouna Olive Oil!

Anthony was born in Australia, but with a strong Lebanese heritage. Zeitouna means “our family’s Olive Oil” so it should come as no surprise that he’s also Mabelle’s husband.

Anthony has owned and managed a number of food businesses, so it seemed only natural that he would join Mabelle on their shared passion; exceptional Olive Oil from an exceptional country.

A healthy and natural product, we press selected prime olives within hours of picking to preserve their full richness of flavour. We then bottle the resulting Premium Extra Virgin Olive Oil. No additives, added chemicals and mixing. Just pure Extra Virgin Olive Oil at its finest and purest form.

The olive tree has served many purposed in various cultures. In ancient Greece, olive twigs were used to honour soldiers. Romans considered the olive tree sacred that anyone found to be cutting it sentenced to death or exiled.

In Lebanon’s Baalbek temples, the olive oil is offered to the gods after a good harvest. While it is unclear where exactly the origin of the olive tree is, some theories suggest it first grew along the coasts of Lebanon. Their oil is known to have been used in the Middle East for at least 8,000 years.

The sixteen ancient olive trees in Lebanon known as “The Sisters” are thought to be as old as 6,000 years, making them among the world’s oldest living trees that still bear fruit. A Millennia ago, Phoenician traders spread the olive tree around the Mediterranean. But while other countries in the region produce the majority of the world’s olive oil today, the olive remains at the heart of Lebanese culture, with its oil being indispensable to Lebanese cuisine.

Lebanon’s topography, climate and soil fertility make it ideal to grow superior varieties of olive trees. Lebanon’s landscape is dominated by olive groves in six major regions – Batroun, Koura, Zgharta, Akkar, Rashaya El Foukhar and Hasbaya. The northern region accounts for 41% of the olive oil produced in the country. This region is also known to produce the highest quality of olives.

This is where we get our olives from! 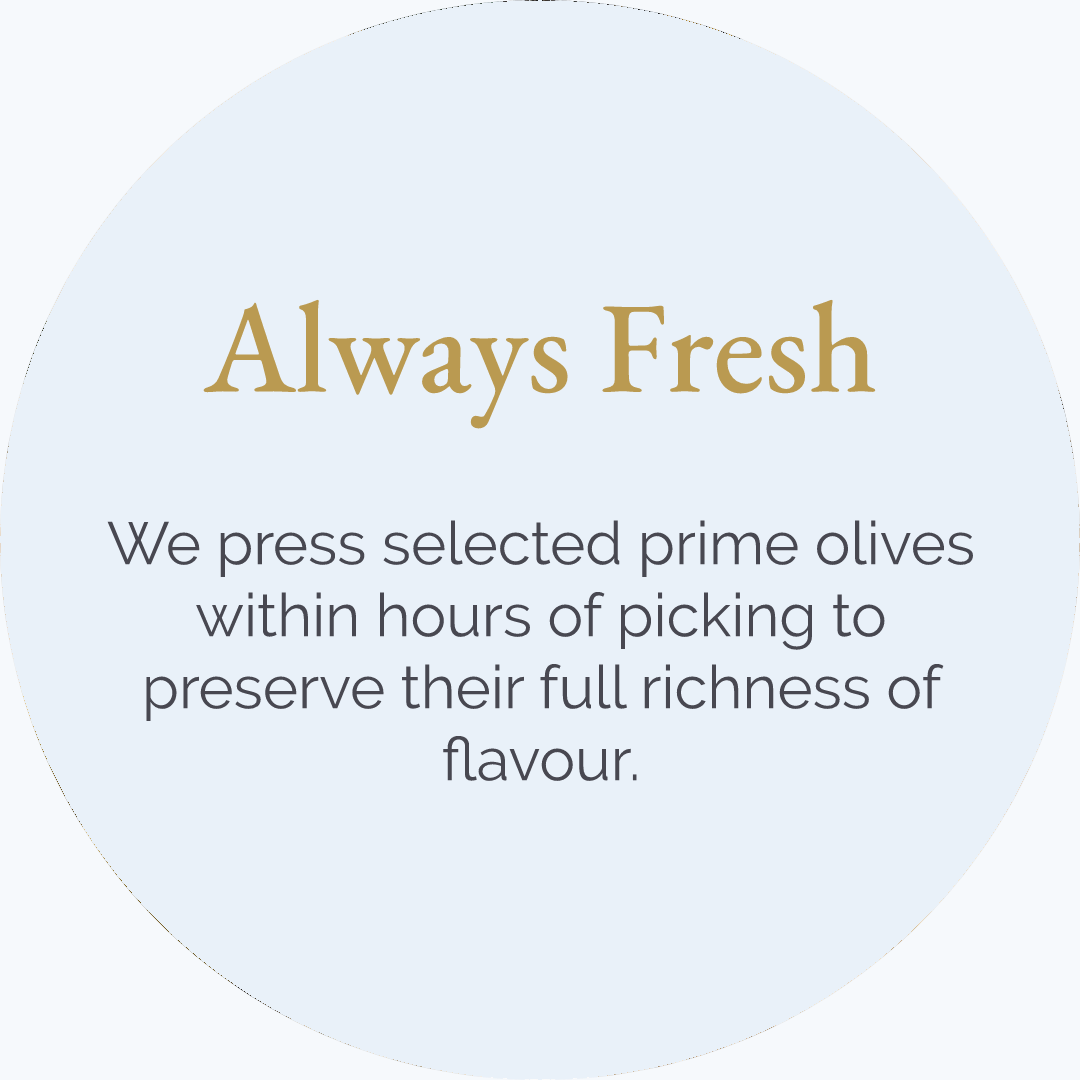 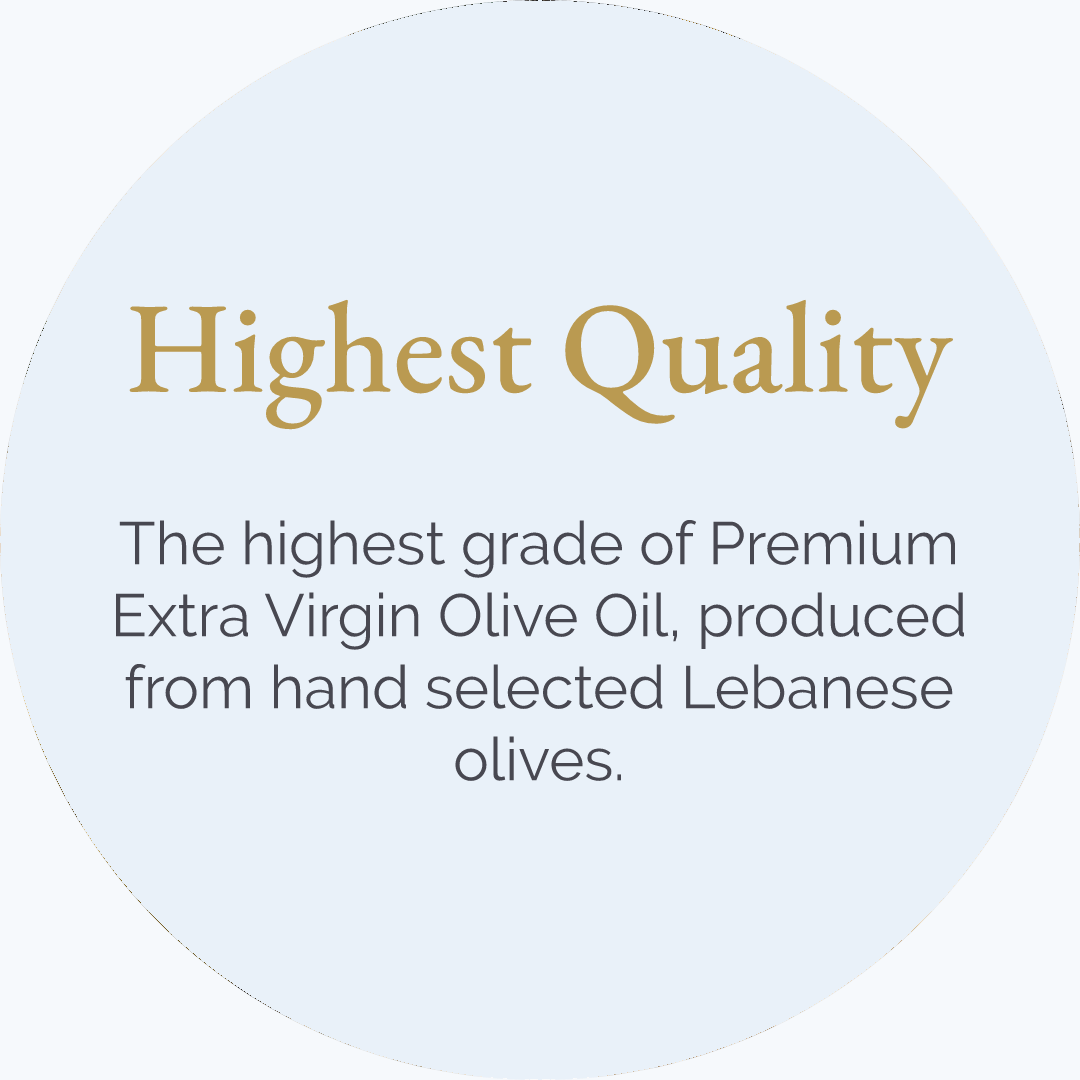 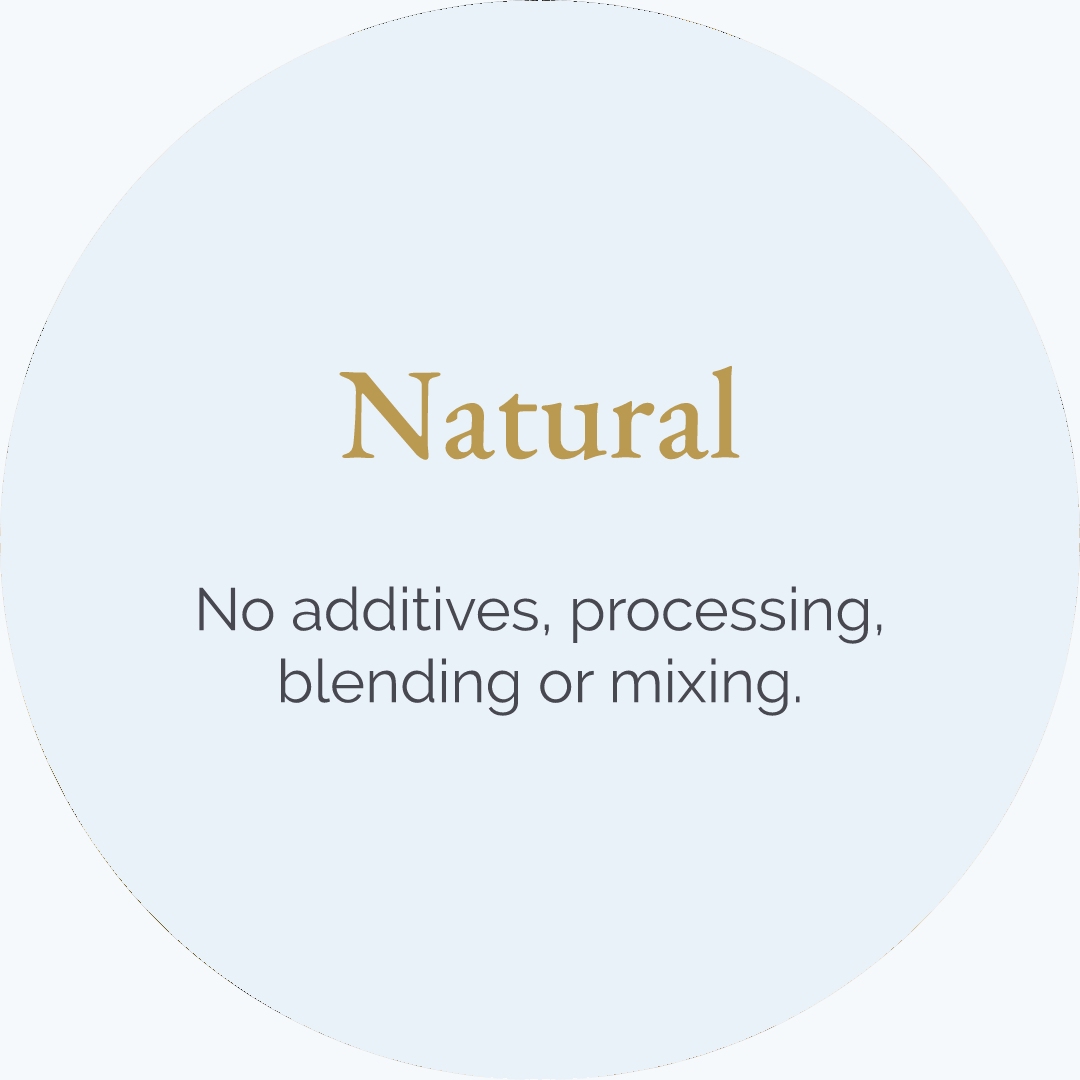 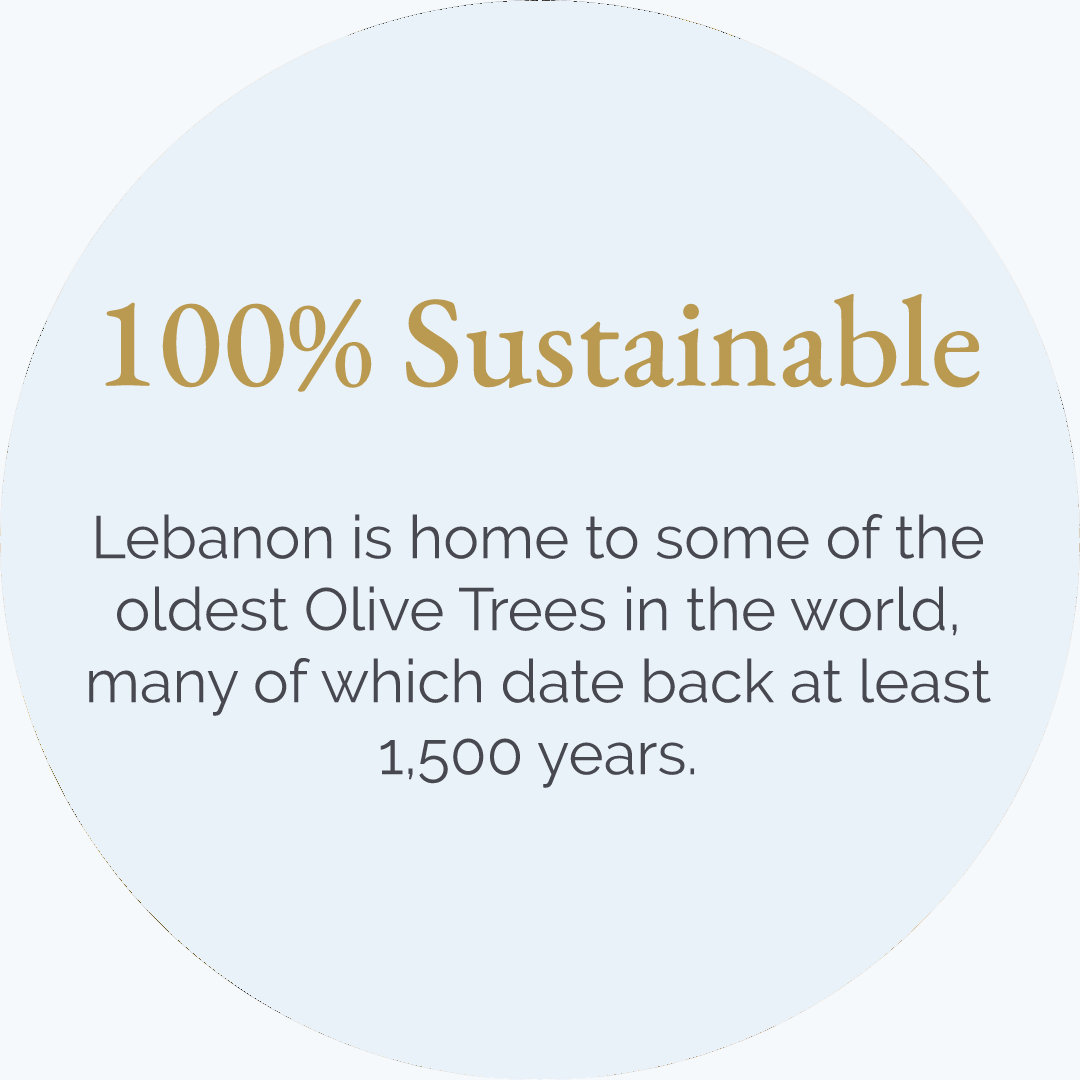 A healthy and natural product, we press selected prime olives within hours of picking to preserve their full richness of flavour. We then bottle the resulting Premium Extra Virgin Olive Oil. No additives, added chemicals and mixing. Just pure Extra Virgin Olive Oil at its finest and purest form.

Our Promise to You

A product of distinctive character, if you like Olive Oil you will love Zeitouna Extra Virgin Olive Oil.

Experience the difference in every bite.